The almost exclusively female congregation had just finished singing, “Let there be peace”, when a friend turned to me and remarked that the Catholics had gone for gender-neutral language. The original words of the song, “with God as our Father, brothers are all are we/Let me walk with my brother” had been rewritten, “with God our creator, children all are we/Let me walk with my neighbour”.  “In my dreams,” was my first thought, but I responded with, “We prefer the term inclusive language.”

This exchange took place at the conclusion of this year’s World Day of Prayer, an ecumenical event that celebrates the determination and achievements of women around the world in overcoming poverty, oppression, and human rights abuses.  It was the turn of the Catholic women in my hometown to host the event, and they had opted for an inclusive language version of the closing song.
http://www.worlddayofprayer.net/

Their choice seemed appropriate to me for what has traditionally been a women’s event that gives voice to the many women worldwide who live with the unjust systems of patriarchy.  Male dominance and violence consistently figure in the lives of women everywhere.  The image of God as a benevolent male is contrary to the lived experience of many people, female and male alike.

Language shapes and reflects values
I was recently reminded of this encounter at the World Day of Prayer service while listening to a discussion on gender neutrality in Sweden. The discussion centered on language, and the use of one little word, “hen”.  The most recent edition of the Swedish online “National Encyclopedia” proposes replacing “han” (he) and “hon” (she) with the gender neutral pronoun “hen”.  Sweden, the most gender equal country in the world, would like to eliminate traditional gender stereotyping and roles, and views language as an effective tool to accomplish that goal.

The Swedish example and the example from the World Day of Prayer illustrate the ability of language to both shape and reflect the values of a society or a community. The power of language to express a specific worldview underlies the feminist push for gender-neutral or inclusive language when referring to God.

Androcentric language for God remains the norm
Since the 1980’s, the application of gender-neutral language to God has been a common practice in many seminaries, Bible colleges, and theological schools.  This practice is clearly not catching on very quickly; three decades later, most churches persist in referencing God as male in their worship and official documents.

Christianity has inherited centuries of androcentric language, language that is centered on and around men to the exclusion of women, to describe the ineffable God. While theologically God is spirit, possessing neither a male nor female form, linguistically God is typically described, and visually depicted, as male.

The almost exclusive use of androcentric language to describe God, particularly in public worship, perpetuates the stereotype of male superiority, implies that women are subordinate, and that male dominance is divinely ordained. The persistent metaphor of God as a ruling (usually white) male legitimizes social systems that glorify men, exclude women, exploit the marginalized, contribute to racism, and justify environmental degradation.  These are the very same social systems that many churches recognize as sinful, and seek to transform through acts of social justice.

Balance androcentric language with feminine images of God
The language of public worship, if it cannot be gender-neutral, should at least aim to be more inclusive.  Specifically masculine language can be balanced with Biblical images of God as mother, wisdom, and spirit.


A priest visiting my parish on Mother’s Day provided a good example of this.  He opened his homily with a description of God as a mother’s love.  He used an image from the Hebrew bible to speak of the unconditional, everlasting love that God, like a mother, has for each one of us.  For me, his homily functioned as a counterpoint to all the prayers that followed which referenced God as “he”.

There are many images of God as female, and as part of the natural world, that can be incorporated into worship. Incorporating some of these images more systematically into our speaking about God might just change the way we think. And therein lies the rub. Long held beliefs about the very structures of society, both religious and secular, will come under scrutiny and may be found wanting.

Two sides of the same coin

As the Swedish drive for gender-neutral language indicates, linguistic change and structural change are two sides of the same coin.  Religions that speak about transforming unjust systems need to take a hard look at their language for God. In my view, it is time to stop making God into the image of men.

Thank you for making me think about the difference between gender-neutral and inclusive language. Like you, I prefer the latter. After all, we need to embrace our differences, not erase them. And we definitely have to correct the historical insistence that male trumps female, and therefore has the right to speak in the name of all.

I agree wholeheartedly in the need to promote inclusive language in all aspects of society; especially in our worship and prayer. Balancing the heavy-handed maleness of our traditional God images with the many scriptural female images is a practical and effective approach.

Thank you for this thoughtful, and thought-provoking article on such an important topic!

Thanks, Isabella. Many people think language for God is not a big deal. Afterall, they say, we all know God is not a guy. But language subliminally conditions our thinking, so it matters how we speak about God. 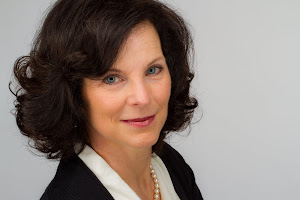 Louise McEwan
Louise McEwan is a freelance religion columnist, with degrees in English and Theology. She has a background in education and catechesis. Her "Everyday Theology" column appears in a number of newspapers in British Columbia, Alberta, and Saskatchewan. She is a Troy Media columnist and a contributor to "The Sunday Missal" (Novalis). McEwan lives in Trail,BC. Contact her at mcewan.lou@gmail.com

Women are making the desert bloom

A note on comments